No sooner did a major sunscreen recall hit the news cycle than multiple experts chimed in saying that benzene (the cancer-causing chemical contaminant detected) is produced in many everyday activities – even something as benign as burning a candle. Canadian chemistry professor Joe Schwarcz, for instance, claimed that a “worst-case scenario” would only result in the same benzene exposure as breathing in “urban air” for a day.

But despite those comforting words, the truth is that it’s positively not okay that benzene, a solvent used in waxes and rubber and found in crude oil and cigarette smoke, was detected in certain Banana Boat, Neutrogena, CVS, Aveeno and other brands of sunscreens, some marketed for kids.

Johnson & Johnson, makers of Neutrogena and Aveeno, made a point in the press release it issued that this “voluntary” recall was taken “out of an abundance of caution,” and that the levels of benzene found in its products were so low they couldn’t possibly cause any harm. Nevertheless, Neutrogena’s “Ultra Sheer Weightless” spray contained some of the highest amounts of benzene, over 6 parts per million.

While that sounds as if it could be insignificant, you should know that where benzene is concerned no level of exposure is considered to be safe. And while we are exposed to certain amounts in day-to-day activities (more or less depending on where you live), why should we be expected to increase that body burden of a known carcinogen while using sunscreen to try to protect ourselves from skin cancer? 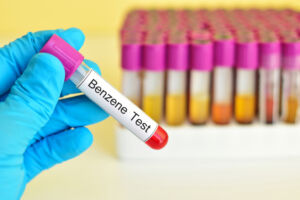 What J&J didn’t bother addressing, however, was how the benzene got into its aerosol sunscreens in the first place and why the company didn’t discover this on its own – nor did the FDA, which regulates sunscreen products.

It took an independent pharmacy/lab by the name of Valisure and a citizen petition that company sent to the FDA in May requesting a recall to get the ball rolling.

In all, Valisure tested nearly 300 sun-protection products from 69 different brands. And as of this writing it appears that a small number of the 78 flagged as containing detectable levels of benzene were recalled. (For a complete list along with the 40 products Valisure specifically asked the FDA to recall, check out its citizen petition starting on page 12).

This little Connecticut pharmacy-turned-watchdog made a name for itself a couple of years ago with the finding that the heartburn pill Zantac, along with its generic version ranitidine, contained levels of the carcinogen NDMA. (The FDA confirmed those findings and, just as in the sunscreen reassurances, issued a statement saying that the levels of NDMA are similar to what is found in smoked meats — but nevertheless, issued a “market withdrawal request” in April of 2020 for all ranitidine products. That recall was also spurred by a Valisure citizen petition.)

Valisure functions as a typical pharmacy with an extra – it tests each batch of drugs received for a wide variety of issues before filling prescriptions. CEO David Light says that the company rejects on average 10 percent of the drugs it analyzes for a number of reasons including “dosage, dissolution of the pills, incorrect ingredients and problems with contamination.”

As for the sunscreens, Light told NPR that it was “quite shocking” to find the benzene, which his chief scientific officer added to a list of contaminants to look for in the skin-care products. “I thought it (the benzene) would be a waste of time,” Light said.

Benzene, of course, isn’t the only issue with many sunscreen products. Other potentially harmful ingredients such as oxybenzone (very commonly used and linked to hormone disruption), octinoxate, octisalate, octocrylene, homosalate and avobenzone have been found to be absorbed into the body after just one application. The FDA published studies finding those chemicals could still be detected in the blood and on the skin weeks after use. Popular aerosol products also involve risks of chemical inhalation.

To choose safer sun protection, you can check out the Environmental Working Group (EWG), which updates its sunscreen guide each year rating hundreds of products for safety, including ones for babies, kids, sports and daily use. Check out their ratings here.

For a quick tip, however, some of the top-rated EWG sunscreen include Badger zinc products (16 “approved”), Earth Mama (4 “approved”), and Raw Elements (3 “approved”).

Proposed Warnings Have Been Kept Secret for More Than Three Years WASHINGTON – For the first time the Food and Drug Administration has proposed curbing dentists’ use of mercury in treating Americans’ decayed teeth. This would be a major step forward in protecting Americans from one of the planet’s nastiest toxins.  It would be – if senior U.S. health officials…

March 26, 2013 It’s now officially Spring – even if your area hasn’t quite caught up yet. With Spring comes visions of picnics, BBQs and other time-tested outdoor activities…Like golf! Are you a budding pro? A duffer? Or perhaps you couldn’t tell the difference between an iron and a wood with both hands and a flashlight? It doesn’t matter! Mark…

October 17, 2012 On November 6, Californians will vote on Proposition 37, which will require all genetically modified foods to be clearly labeled. This is an historic campaign – it will mean that for the first time in the United States, consumers will have the right to know what’s in the food they eat and feed to their families. Nearly…

Read Your Labels Day Six years ago, Citizens for Health designated April 11 as “Read Your Labels Day,” #RYLD, an event to shine a spotlight on the importance of reading the most vital part of a food package – not the “Nutrition Facts” label, not the advertising copy on the front, not the pretty pictures of fruits or veggies —…