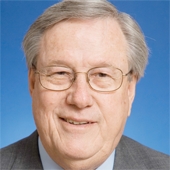 Health care is big business, over one-sixth of the U.S. economy. Health care reform is big news this summer, as President Barack Obama’s reform agenda has hit the skids. The blame lies not with Republicans’ lack of support but with Democrats avoiding the opportunity to use their political momentum won last fall, and instead settling in with good, old-fashioned, “I’ll scratch your back if you’ll scratch mine” politics.

The failure to get a bill thus far is not from lack of understanding of the problem, or a lack of proposed solutions for reform. Despite the sound bites in the media, the problem is not “partisan politics as usual.” Republicans have come to embrace health care as a winning political issue. It was Republicans who enacted a prescription drug benefit for seniors and created health savings accounts for those under 65 as an insurance option that promotes saving and consumer responsibility.

The problem facing congressional Democrats in their effort to push health care reform lies with their blatant endorsement of the agenda of narrow special interests. While Obama has stated his desire for an open and transparent debate, what is emerging now is the extent to which Democrats are letting the health care legislation be written by their old friends, organized labor, and their new friends, the brand-name pharmaceutical companies. Poll numbers show the voters are beginning to catch on, and they are growing wary of the “change” in Washington as a result.

These “friends” of Democrats are cashing in their political chips after “investing” millions of dollars in the politics of Washington to ensure protection of their own, narrow agenda.

Unions–which represent only one in eight workers, down from one in five 25 years ago–are focused on protecting the tax exclusion for employer-provided health care. Union bosses are fighting hard to keep the generous benefits that they have won for their members. And labor’s uncompromising stance to block even a cap on these benefits show they are fighting hard to protect their own leverage for future contract negotiations. A cap of $17,000 per year would raise $452 billion over 10 years. More importantly, it would force health care dollars to be spent more wisely.

In this light, the Democrats’ love affair with name-brand biologic pharmaceutical companies is substantially more egregious. Many of the newest, most effective but most costly drugs available today are complex biologic drugs. They are being used to treat everything from anemia to arthritis to cancer. But unlike the case for simpler, small-molecule drugs, currently there is no existing regulatory structure to facilitate generic entry into the biologics market. Economists predict that promoting more competition would bring down the cost of biologic drugs by 20% to 30%–billions of dollars in annual savings to the consumer and to the taxpayer if done right.

Enter the political heavyweights PhRMA and BIO. Armed with one of the largest lobbying budgets in Washington, these two trade associations have invested millions in contributions to candidates and lobbying activities. Democrats in Congress are now embracing a pathway for generic biologics handcrafted by the name-brand drug industry, legislation with the sole aim of ensuring excess profits by limiting new market entrants.

The House Energy and Commerce Committee recently adopted an amendment, endorsed by PhRMA and BIO, to the Democrats’ health care bill that guarantees biologic drug companies 12 years of monopoly protection in addition to the existing patent protection these products enjoy. The only rationale for such a lengthy period of monopoly is to guarantee that the established players maintain their dominance.

Research conducted by economist Alex Brill–a research fellow at the American Enterprise Institute–and recently confirmed by the Federal Trade Commission clearly shows that seven years is plenty to ensure adequate incentive for research and development. In fact, the FTC suggested that perhaps no monopoly guarantee was necessary beyond that afforded by the patent system. Veiled in rhetoric of “promoting innovation,” Congress has endorsed a policy that is nothing more than political patronage.

The debate over market protection for biologic drugs is the ultimate triumph of politics over reform, and an illustration of why Democrats, despite their large majority, remain unable to advance a serious reform policy agenda in the face of political pressures.

Health care reform should be an achievable goal. Lawmakers need to focus on the end game of reform: better health outcomes for more people and real cost containment. Protecting the current players from market forces is not the answer. There are real savings to be found in an abbreviated pathway for biologic drug approval that allows competition after seven years; and real savings could also result from removing the tax distortion that has led to excessively generous insurance coverage.

Steps like these would be sensible for a Democratic majority following President Obama’s vision of reform. But by letting special interests–unions or drug companies or others–to not only sit at the table but run the meeting, is a recipe for a bill that the American people don’t trust, Republicans won’t support and the federal budget cannot afford to bear.

Bill Thomas, R-Calif., was chairman of the House Ways and Means Committee from 2001-2007. Previously, he served as co-chairman of the National Bipartisan Commission on the future of Medicare. He is a visiting fellow at the American Enterprise Institute.

Capitol Wellness Expo Exhibits, Speakers, Networking February 7, 2013 10:00a to 5:30p, Cannon House Office Building, Rooms 121 and 122. Free Admission. All are welcome. Please take a moment to forward this flyer to your Representative and Senators. Ask them to send someone from their offices, and to post the flyer. Click here to find contact information for your Representative…

By James Gormley via www.thegormleyfiles.blogspot.com If retailers ask their customers about dietary supplement safety, they’re bound to get a variety of responses, especially considering that quality and safety often go hand-in-hand. In terms of quality, Vitamin Retailer magazine’s 2007 Annual Retailer Survey showed that the percentage of retailers who identify “high quality” as the most important element of their store’s…

By James Gormley via www.thegormleyfiles.blogspot.com At the end of 2007, the U.S. dietary supplement industry recorded sales of $23.7 billion, according to Nutrition Business Journal. With roughly 33,000 dietary supplements on the U.S. market, it’s no surprise that with today’s nutritionally challenged diet there were 192 million Americans using supplements in 2007, a number that is expected to keep growing….

April 4, 2013 (UPDATE: Special thanks to Consumers for Dental Choice for their invaluable partnership on this issue over the years. We failed to properly acknowledge them when this was first posted).  When will the FDA fulfill their responsibility for dental mercury? “We will by the end of the year, we will make an announcement.” Silver Spring, MD – So…