According to U.S. District Judge Consuelo B. Marshall, who issued two opinions comprising her ruling on Friday, “Plaintiffs have met their burden in showing a reasonable probability of success on their argument that the statements are false.” The judge also ruled that the challenged statements in Corn Refiners Association’s multi-million dollar campaign “constitute ‘commercial speech.’”

Judge Marshall made these rulings, in part, based on documents the CRA and its members had previously submitted to the Mexican government involving a regulatory issue in that country. “There is evidence in the record indicating that Defendants have themselves made statements about the different chemical make-up between table sugar and HFCS,” the judge wrote. “Plaintiffs have also submitted studies and papers that support its allegation that CRA’s claim that HFCS is sugar and/or natural is false and/or misleading.”

According to the lawsuit, consumers have increasingly sought to avoid products containing HFCS because of a wide range of health concerns. The lawsuit claims that the CRA has engaged in false advertising about these concerns. As part of this effort the CRA has advertised that HFCS is “corn sugar,” equated it with real sugar and called it natural – none of which is true.

While the corn processors have petitioned the U.S. Food and Drug Administration (FDA) for approval to substitute “corn sugar” for “high-fructose corn syrup” on ingredient labels, the sugar-producing plaintiffs assert that the defendants did not even wait for the FDA’s response – which is still pending – before beginning their “corn sugar” re-branding efforts.

“We are gratified by Judge Marshall’s ruling and we look forward to a final resolution of our case so that the Corn Refiners Association is forced to end its deceptive campaign aimed at misleading American consumers,” said Adam Fox of Squire, Sanders & Dempsey, who argued the case before the court.

For a copy of the Court’s rulings filed Friday, Oct. 21, or the original lawsuit, contact Justin Wilson at jwilson@levick.com. 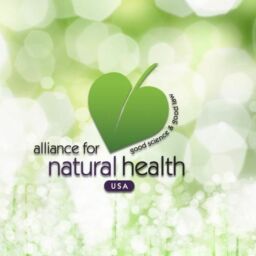 1
23 Apr 2020
Read Your Labels: Often Confused with Sugar, this Ingredient Wins the Distinction of “Worst of the Worst” In Our “Read Your Labels” Campaign

Additives in today’s foods are more prevalent than ever. Preservatives, GMOs, foods declared safe for consumption despite never being tested – how does one sort it all out?

The flu vaccination: a shot in the dark that misses by a mile By LINDA BONVIE By now the flu-shot propaganda machine is in full swing. The truth is we can’t go anywhere after summer folds its tent without being bombarded with a pitch to get one of these jabs. So, should you? Will that needle poke be the extra…