Despite the rush to vaccinate every single person in the U.S. of age five and older with one of the Covid-19 shots, little effort has been made to revamp what a vaccine litigation expert calls a “terrible program” established in 2005 that provides sweeping liability protection from pandemic vaccine and treatment injuries.

Dubbed the Countermeasures Injury Compensation Program (CICP), this secretive, poorly designed federal program is now sitting on 3,158 claims over adverse reactions to Covid-related treatments, including heart and kidney damage, neurological problems, blood clots, and death. As of October 1, none have been compensated, with three being rejected and only one claim “determined eligible” for possibly limited recompense. 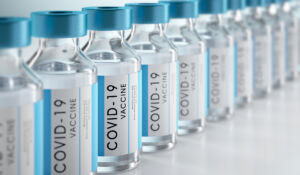 That, however, was pretty much what experts believed would be the case with Countermeasures. As I reported last December, the program is difficult to navigate, has extremely limited compensation available, and mostly denies all the claims it receives. Professor of Law Emeritus at George Washington University Law School, Peter Meyers, told me it’s “great” for drugmakers, but horrible for anyone seeking compensation for a COVID-19 vaccine injury – a secretive “black hole.”

The hope was that Countermeasures would somehow merge with the comprehensive and well-funded National Vaccine Injury Compensation Program, or VICP, established in 1986. Only “covered vaccines” are eligible under the VICP, which has paid out more than $4 billion in vaccine-injury claims over the past thirty-five years. To become a “covered” vaccine in the VICP a shot must be recommended for “routine” administration to kids or pregnant women (such as the flu vaccine and other childhood vaccinations) and have an excise tax applied to its sale.

I spoke with Renee Gentry, law professor and director of The Vaccine Injury Litigation Clinic out of George Washington University Law School, about the likelihood of the VICP handling Covid claims. She told me “At this point no one knows.”

To be included in the VICP, a tax must be levied on the shot, which is what funds the program. But as Gentry told me “How do you attach an excise tax to a vaccine that has never been purchased by a private entity? I’m not sure they know yet how to do it.”

As it stands now, for a shot to be added to the VICP, numerous hurdles have to be cleared, which could take up to two years to accomplish. For those suffering from a Covid shot or treatment injury, that poses a major problem as they have only one year from the vaccine or treatment to submit a claim. And once entered into the CICP, they won’t know if their application could be moved should the VICP start accepting Covid-related injuries.

Currently, there’s no guessing if any claims can or will be transferred. “We’re certainly pushing for that. Right now, we’re rapidly approaching the statute of limitations in the CICP for the earliest vaccine recipients,” Gentry said. “People are going to have to file (with the CICP) to preserve whatever meager rights they have…” she added.

Another point of either optimism or confusion are two bills introduced this summer currently sitting in the House Committee on Energy and Commerce, both referred to the Subcommittee on Health. One, the Vaccine Injury Compensation Modernization Act (HR3655), introduced by Rep. Lloyd Doggett (D-TX) could pave the way for moving Covid claims to the VICP by slimming down the time to add a new vaccine to six months. The bill also adds other updates to the VICP, a program that hasn’t been renovated in over three decades, such as raising the cap on pain and suffering and increasing the death benefits from $250,000 to $600,000. The other bill, HR 3656 would automate the adding of the needed excise tax for a vaccine to be covered by the VICP.

While to the casual observer the difference between the two federal compensation programs, the VICP and the CICP, might be nothing more than a letter in their acronyms, for the vaccine-injured there are significant differences between the two.

For example, while Countermeasures provides for lost income, there are caps on the amount, whereas the VICP provides full payment for documented lost wages. Other major differences include limits in Countermeasures for paying medical expenses, zero compensation for therapy treatments, pain and suffering, doctors and other experts to testify on your behalf, or legal representation – all available under the VICP. Countermeasures also prohibits judicial review (going before a judge) for denied claims, which never make it out of the Department of Health and Human Services, unlike the VICP in which some vaccine injury appeals have been taken to the Supreme Court.

And while it may seem as if the CICP already has loads of claims, in reality that’s likely just the tip of the iceberg. Historically, only a fraction of injuries and deaths resulting from a vaccine are ever reported to the FDA. And of those, an even smaller number result in the filing of claims.

Considering the hidden nature of Countermeasures, it’s quite remarkable that many have been able to navigate it to the point of filing. Whether anyone ends up being compensated is another question.

“Of the 3649 claims filed in the history of the CICP, only 40 were found eligible for compensation and only 29 were compensated,” (all prior to Covid-19) noted Gentry, adding, “It’s a terrible program.”

Matrix: Broadening the Left/Right Spectrum Transpartisan Note #52 by A. Lawrence Chickering and James S. Turner New York Times columnist Ross Douthat usefully introduces a matrix into his analysis of American politics (“In Search of the American Center,” NYT 6/21/17). He reports on a study by the Democracy Fund Voter Study Group and a report by Lee Drutman assessing voter…

Every holiday season, I start to think about how to handle the social events on my holiday calendar. It gets me thinking about what strategies I use to manage my eating during these “potentially” treacherous times.

Hysterectomy Part I It has taken me a very long time to complete this project. I am very grateful for Jim Turner’s patience as he has demonstrated more patience than I knew a person could have. Thank you. – Debbie Braaten Introduction by Jim Turner Women get bad treatment from the medical system. Read “The healthcare system thinks helping women…

0
25 Oct 2012
Online Expert Series Reveals: How to Heal from GMOs and Roundup