Home Additives Warning About the Hazards of MSG Can Be Hazardous to Your Reputation
0   
By Linda Bonvie Additives Bonvie Blog MSG June 30, 2021 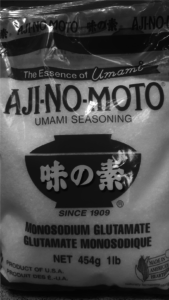 Being accused of racism these days is no small matter. And those of Asian descent have seen an increase in incidents of racism targeting them.

So, when a reader review at Amazon.com appeared about our book, “A Consumer’s Guide to Toxic Food Additives,” accusing us of “promoting myths rooted in racism,” it was a bit of a shock, to say the least.

This reviewer, whose comment is called the “top” one from the U.S. (also somehow bumping any other reviews into obscurity), was in fact simply parroting information gleaned from various “news” stories appearing across the web.

It may sound crazy, but just by including warnings about consuming MSG in that book, we now were being accused of spreading a “myth deeply rooted in xenophobia.” In effect, consumer protection had somehow become redefined as ethnic bigotry directed specifically at Asian Americans.

You may be wondering, as we were, just where such a bizarre idea could have originated, and the answer is one that clearly shows how much influence PR agencies – especially large, well- connected ones – have over media of all sizes these days.

It stands to reason that manufacturers of questionable additives would attempt to counter warnings about their products with whatever industry-sponsored hype they could devise. But never did charges of “racism” enter into it until the “global communications” firm Edelman Public Relations entered the scene. They are being paid millions of dollars by Ajinomoto, the world’s largest manufacturer of monosodium glutamate, to conjure up the concept that legitimate concerns about the safety of MSG were nothing but racist myths.

Taking a cue from the removal of “misinformed historical symbols,” according to an Edelman press release, the Ajinomoto creative team apparently had an ‘aha moment’ when it coined “xenophobia-born misinformation” in an attempt to divert attention away from any negative science and adverse reactions associated with MSG.

Has it worked? If you go by the amount of media coverage received, such as this headline at CNN saying, MSG in Chinese food isn’t unhealthy – you’re just racist, activists say, this imaginary imagery seems to have taken hold, even filtering down to that “reader review” of our book. But Edelman, despite its ability to have media lists at its beck and call to run articles on how the term “No MSG,” constitutes racism, can’t seem to even monitor its own client list for conflicts of interest.

A question sent to the Del Monte press office about its College Inn broth product, for example, took a surprising turn with a return email from an Edelman representative speaking on the company’s behalf.

Being that the College Inn product sports a rather large “No MSG” symbol on the package front, we asked our Edelman contact if, according to their own high-profile campaign, that would constitute the same type of “racism” and “xenophobia” that we were accused of. 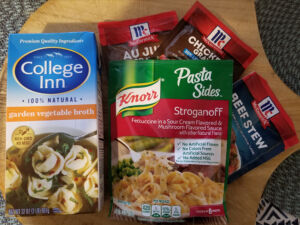 But despite several attempts to elicit an answer, Edelman has now gone dark on us. (We wondered if Del Monte would be looking for another PR firm should its executives connect the dots.)

Which only goes to show how even the best-intentioned causes, such as shining a spotlight on racism, can be distorted and manipulated by industry shills to cast other good causes, such as consumer protection, in a bad light.

Only in this case, the fact remains that keeping MSG out of your diet is no more “racist” than avoiding apple pie sweetened with HFCS is “un-American.”

Happy New Year to all of our supporters, friends, allies and readers. Now that the wrapping paper is gone and noisemakers are stowed, we wanted to send this very brief note looking back at (and forward to) a few issues relating to natural products, health and the environment. First, there is general uncertainty as to whether the anti-over-regulatory winds in…

ACTION ALERT: Our fellow health-freedom fighters at the Alliance for Natural Health USA (ANH-USA) have optimistically and correctly emphasized that evidence continues to mount for the power of natural medicine to keep us healthy during this and future viral pandemics. That is why we share in their confusion and frustration about continuing threats to access from the FDA, Congress, and…

7
19 Feb 2013
The FDA’s Plan to Cripple the Health Food Industry: Their New War Has Begun

From our Read Your Labels Campaign, a recap of the series “Top Ten Food Additives to Avoid”, courtesy of Linda Bonvie Over the past few weeks, I’ve been blogging about the Citizens For Health selections of the top ten food additives to avoid in the “Read Your Labels” campaign. In case you missed any of the actors in this rogue’s…