Online Expert Series Reveals: How to Heal from GMOs and Roundup

As mounting evidence suggests that eating Genetically Modified Organisms (GMOs) promotes health disorders and diseases, there has been a conspicuous lack of information about how to counteract the damaging impacts—until now. On July 17th, GMO investigator Jeffrey Smith launches a free expert-interview series called “Healing from GMOs and Roundup,” featuring 18 leading scientists, physicians, product formulators, and specialists. Hosted at https://HealingFromGMOs.com, this unique 10-day online conference reviews the serious health consequences from GMOs and Roundup, and introduces practical step-by-step actions that people can take to help reverse those effects.

The leading consumer advocate promoting healthier non-GMO choices, Jeffrey Smith was named the 2017 “Person of the Year” by Masters of Health Magazine. For more than two decades, his research has exposed how biotech companies mislead policy makers and the public, and put the health of society and environment at risk.

Roundup is featured in the series because most GMO crops are designed to survive sprays of this toxic herbicide, which then penetrates and lingers in the plants and the food. Roundup is also used on many non-GMO crops as a ripening agent just before harvest, so it is found throughout our food supply. Many experts believe that Roundup, and its active ingredient glyphosate, contribute to numerous chronic diseases that have been rising in parallel with the increased use of the herbicide in the United States.

The Healing from GMOs and Roundup expert series collectively answers a question that Jeffrey Smith has received from audiences all over the world for the past 22 years, “Other than simply avoiding them, how do we help our bodies heal from the damaging impacts of GMOs and Roundup?” 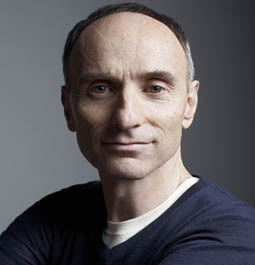 “What has emerged from these interviews is remarkable,” says Smith. “The experts offer life-changing insights and remedies that can help everyone achieve better health.”

Dr. Zack Bush, for example, discovered that Roundup’s active ingredient glyphosate separates the tight junctions between human cells, potentially leading to a permeable gut lining. Such a “leaky gut” condition is correlated with cancer, heart disease, Alzheimer’s, Parkinson’s, autoimmune disease, allergies, inflammation, and autism. In his interview, Dr. Bush describes how a substance isolated from 50 million year old soil can restore the cells’ tight junctions, even in the presence of glyphosate.

David Sandoval developed a product designed to pull glyphosate residues out of the tissues and repair damaged intestines. Pre-clinical trials showed a 74% drop in glyphosate levels in urine.

Dr. Tom O’Bryan developed a unique product which, according to lab simulations, quickly breaks down most of the toxic insecticide produced from GMO corn. The corn has been equipped with genes from soil bacteria, which produce Bt-toxin. It kills insects by creating holes in their gut walls. Research published in 2012 confirmed that Bt-toxin from GMO corn can also poke holes in human cells—in lab tests using high concentrations.

Roundup, and its active toxin glyphosate, threaten our health in many ways. The World Health Organization’s expert committee classifies glyphosate as a “Probable Human Carcinogen.” Glyphosate is patented as a broad spectrum antibiotic, which preferentially kills beneficial life-supporting bacteria in our bodies. Studies suggest that Roundup and glyphosate also

·      damage the energy centers of our cells (mitochondria),

Animal studies on GMOs have revealed organ damage, massive tumors, premature death, immune system problems, and numerous other issues. “The impacts are so extensive and wide-ranging,” says Smith, “it makes sense that in our survey published last year, more than 3,250 people reported improvements in 28 health conditions after reducing or eliminating GMOs from their diet.” Smith maintains that switching to organic food—made without GMOs, Roundup and other synthetic toxins, is critical to restoring health. “The recommendations made in the series are extra steps we can take,” he says.

During the series, viewers will get more acquainted with vital systems in the body and how to maintain or rebuild health using dietary choices, supplements, procedures, and other recommendations. The steps to heal from GMOs and Roundup overlap with many of the same things that support health generally, including detoxification, tissue repair, a healthy balance of diverse bacteria throughout the body, a strong immune system and digestion, and ample energy.

0
27 Jul 2020
The FDA’s Plan to Cripple the Health Food Industry: Their New War Has Begun

0
16 Feb 2017
Record-Breaking One Million Americans Tell FDA: We Have a Right to Know What’s in Our Food