(Note to readers: Let’s flex our collective consumer power by commenting on a petition just submitted to the FDA to strip MSG of its GRAS status. Details below, as well as a link at the end so you can tell the FDA what you think.)

Much has been written on what to eat. Doctors, nutritionists, and foodies of all stripes are more than happy to give their advice on healthy eating.

But here’s something we all should be aware of: the need to avoid eating toxic ingredients that can scramble your brain.

That should be a “no-brainer.” But right now, many of us are eating a known brain-damaging additive that is said to be “safe” by the FDA and has had untold millions of dollars invested in dispensing clever propaganda to reassure us that it is.

I’m talking about monosodium glutamate – MSG – the flavor enhancer you’ve been told is benign, natural and required to make your food taste yummy. It’s actually none of those things. The soothing words you hear about MSG come straight from one of the largest PR firms in the world, Edelman Public Relations, which has a long-term contract with the largest producer of the additive, Ajinomoto, to “set the record straight” on MSG.

Of course, that’s “their” record you’re hearing, sanitized to remove all of the bad things that have been discovered about MSG over the past 50-plus years. They are even hoping to plant a seed of doubt in your mind if you are among the growing numbers of those who already try to avoid the additive.

Here are a few examples of what Edelman/Ajinomoto aim to convince you is true about this toxic flavor enhancer:

It’s “natural.” MSG, they tell us, is found in many nutritious foods and gently extracted for your dining pleasure. The truth is, MSG is totally man-made, excreted from genetically modified bacteria in giant chemical plants. In the U.S. Ajinomoto manufactures the additive in its Eddyville, Iowa factory. It comes along with numerous impurities that industry has been unable to figure out how to remove.

It’s “safe.” That would be funny if it wasn’t of such a serious nature. Over the years L-glutamate, the essential or active ingredient in MSG, has been recognized by the scientific community to be neurotoxic, or brain-damaging when it accumulates in excess in the body. Excesses of this amino acid are also implicated in neurological diseases and conditions such as Parkinson’s, Alzheimer’s and ALS.

It’s “verified” by experts. The real story is that the “experts” referred to haven’t exactly “verified” anything. Industry concocts research protocols (some rather devious, such as swapping out innocuous placebos for ones that contain aspartic acid that will produce the same adverse reactions as the MSG test material) designed to prove MSG is safe, and presents the resulting studies to agencies such as the FDA where they are accepted with no questions asked. At one time the FDA collected adverse reaction reports on MSG, but stopped doing so years ago. 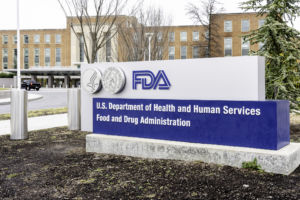 And if you think it sounds fishy that so much effort would be exerted to suppress the toxic nature of this widely used additive, know that this is a big-bucks business. The glutamate industry (yes, there’s a glutamate industry) watches over its prize product very carefully. Big Food benefits enormously by being able to manufacture cheaply made commodities that taste irresistible to consumers.

But there is a way you can help tip the balance in our favor.

At the beginning of January Adrienne Samuels, co-founder of the Truth in Labeling Campaign, took the bold step of filing a Citizen Petition with the FDA asking that MSG be stripped of its GRAS, or “Generally Recognized As Safe” status. Being GRAS supports the house of cards Ajinomoto and others have constructed to protect their toxic white powder. MSG wouldn’t go away if it wasn’t GRAS, but its illusion of safety would.

Read more here, learn the facts, and visit this petition page at Regulations.gov to submit your comments. Just click on the blue “Comment Now” button!

It may seem like a small thing to do, but industry is watching this very closely. Let’s show them that we’re sick and tired of being fed poison and told it’s A-OK.

You probably already know that Citizens for Health is collaborating with Americans for Homeopathy Choice in an effort to preserve access to homeopathy for all. And you likely have been hearing about new proposed rules for homeopathy put out by the FDA. We were glad that the previous conceptually flawed and poorly worded rules (called “guidance” by the FDA) were…

It’s outrageous how they play with our health to amass more and more money and the government doesn’t seem to be concerned as much!