By LINDA and BILL BONVIE

It was a bit like a case of déjà vu, only with a new dimension.

That was our reaction upon hearing the news that a Terminix employee had been indicted for illegally applying the highly toxic fumigation gas methyl bromide inside various residences in the U.S. Virgin Islands, including the St. John condominium resort complex where a Delaware family of four nearly died as a result back in March 2015.

As it happens, the use of methyl bromide in residential, structural and agricultural pest control, and its often deadly consequences, was the topic on which we began our writing collaboration (culminating last year in the publication of our book, Badditives!). 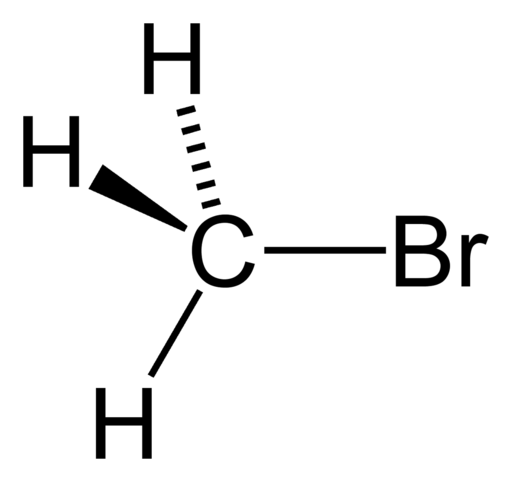 Only back when we first broached this particular subject in print, all those uses were still quite legal – and there being no Internet at the time, much of our information came from trade publications and old-fashioned journalistic leg-work.

We subsequently wrote a number of magazine articles on the widespread application of this invisible and odorless killer, which in the early ‘90s had begun to gain notoriety not so much for its lethality but as an ozone depleter. And, yes, they included horror stories, some even worse than the one in the Virgin Islands, such as the case of the little girl who died following a “tent fumigation” of her Savannah, Georgia home, after some of the gas got trapped in her mattress.

But the piece we wrote 25 years ago was the one that proved most memorable — and all on account of its post-script, which can be taken as a kind of object lesson in today’s fractured political climate.

It was done for a slick, glossy, 440-page monthly publication called The World & I, which described itself as “A chronicle of our changing era” — one that was quite comprehensive in its range of subject matter, as well as highly informative. It was also put out by The Washington Times, a paper with a distinctly conservative political slant owned by the Unification Church and founded by its head, the Rev. Sun Myung Moon.

That’s right — a magazine published by the “Moonies.”

That fact, however, had no bearing whatsoever on the content of our article, “Fallout from a Pending Phaseout,” which was based on some rather time-consuming and scrupulous research.

And one aspect of it had to do with the way methyl bromide was being used in certain large food-storage facilities, including (at the time) the Hershey chocolate plant, which in 1990 alone vented more than 40,000 pounds into the immediate environment, much of it on weekends during the summer when crowds of visitors were enjoying the attractions at nearby Hershey Park.

So were we sure that these were accurate claims, and did we have any proof? Yes, and yes. The figures and dates we cited came directly from the Environmental Protection Agency’s own “toxic release inventory,” and had been provided to the EPA by the industries themselves — statistics that could easily be obtained by a reporter or anyone else who knew of their existence.

But after the article appeared in The World & I (along with a photo of the Hershey plant), it struck us that this was the sort of information that should be of considerable interest to print and broadcast media in the Harrisburg, PA vicinity, where the Hershey Corporation and its famous amusement park are situated. And we got to wondering whether they might pick up on our “scoop.”

That was when Linda got the idea of calling them while posing as a concerned parent about to take her family to Hershey Park and inquiring if they planned to do anything with the story.

And the reactions were somewhat surprising in their skepticism. One of the editors we contacted, for example, asked, “If this is such a big issue, why don’t we already know about it?”

But the really mind-blowing response came from the head of a TV news operation, who asked, “And just where did you read this, ma’am?”

“In a magazine called The World & I.”

“I see. And can you tell me who puts out this magazine?”

“It says it’s a publication of The Washington Times.”

“Oh, really? And do you know who it is that owns The Washington Times?”

When asked who that was, he responded, “Never mind. Just take your kids to Hershey Park and have a good time, and don’t worry about it.”

So, our extra-curricular discovery — that the veracity of a totally accurate article could be automatically dismissed, even by people in the news business who should have known better, due to distrust of the motives of the proprietor of the publication where it appeared — is one that continues to resonate a quarter-century later, perhaps more so than ever.

What our little experiment revealed was an apparent assumption back then that any disclosure contained in a journal whose owner had conservative leanings (and was the founder of a foreign religious cult, no less) was highly suspect, and probably deliberate disinformation. Today, what we keep hearing from a resurgent right, with encouragement from the current occupant of the Oval Office, is a mirror-image message: that the reporting you might read in papers like The Washington Post and The New York Times is not only biased, but actual “fake news” reflecting the supposed political agendas of their owners.

But the truth is that professional journalists, with few exceptions, are simply trying to do their jobs — which means doing their best to uncover facts, not twist them or engage in misleading fabrications in order to further an employer’s perspective.

By that, of course, we mean the kinds of skilled hunter-gatherers of genuine information that reputable news operations usually depend on to stay in business, no matter who owns them.

In our current internet era, however, many people have a regrettable tendency assume that legitimate media whose political leanings they don’t like are trafficking in trickery and deliberate deception, even while they give credibility to websites that make outlandish claims and promote preposterous conspiracy theories — for example, school massacres were staged by people trying to turn the public against gun ownership.

And that’s where the business of being able to discern between real and fake news becomes especially tricky. Because often, the ones that are engaging in such unfounded and ridiculous rumor-mongering — an example being Alex Jones’s lunatic-fringe Infowars — will make assertions that are perfectly valid; e.g., mandatory vaccinations and fluoridation may be hazardous to your health.  And when they do so, they tend to actually give ammunition to people whose aim is to shoot down any legitimate doubts about the safety or advisability of such policies.

The point is that, no matter what your political persuasion, when you automatically assume that anything that appears to come from the opposing camp — even if it’s based on totally independent and nonpartisan research — is simply intended to fool you, you could well end up depriving yourself of essential information.

You could even be missing out on a revelation that might potentially spare you from exposure to a life-threatening poison gas on your next vacation.

Linda and Bill Bonvie, freelance writers based in Little Egg Harbor, NJ, are regular bloggers for Citizens for Health and the co-authors of Badditives: The 13 Most Harmful Food Additives in Your Diet – and How to Avoid Them.

0
14 May 2020
Dangers of HFCS: “Is high fructose corn syrup helping to bring on an agricultural apocalypse?”

Originally posted by Linda Bonvie on FoodIdentityTheft.com, January 18, 2013 A sunny day this February in California’s Central Valley will predict the future for the state’s almond crop – and, in turn, perhaps the future of American agriculture. That’s the day when almond growers will know if the honeybees will be returning to their hives. The bees don’t end up…

8
22 Jan 2013
Record-Breaking One Million Americans Tell FDA: We Have a Right to Know What’s in Our Food 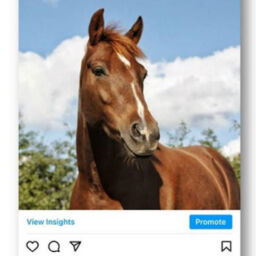 From our Read Your Labels Campaign, a recap of the series “Top Ten Food Additives to Avoid”, courtesy of Linda Bonvie Over the past few weeks, I’ve been blogging about the Citizens For Health selections of the top ten food additives to avoid in the “Read Your Labels” campaign. In case you missed any of the actors in this rogue’s…