Let me start by saying that consuming unadulterated food has become increasingly challenging. And as we enter the “eating season” that begins with Thanksgiving, complications can heat up at a rapid pace.

If you’re not careful, a “traditional” Thanksgiving meal can easily become a “chemical feast,” to borrow the title of CFH Chairman Jim Turner’s classic book. 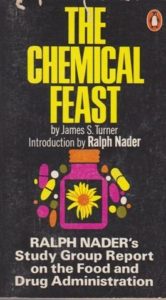 Starting with the canned cranberry sauce, which typically contains high fructose corn syrup (HFCS), to the stuffing – loaded with bad oils, MSG and more HFCS – right down to the pumpkin pie, with even more HFCS, genetically-modified ingredients and partially hydrogenated oil in the crust, most Thanksgiving spreads contain more laboratory concoctions than they contain real food.

Even the main event – the turkey – can be a chemically pickled piece of poultry.

Any “self-basting” or “deep basted” bird typically comes loaded with enough added ingredients to preserve it until next Thanksgiving!

But I’m here to make things even more complex for you. That’s right, there are other food matters you may want to consider as you do your shopping for this big day of eating – specifically the hazards of lectin.

In his top-selling 2017 book, The Plant Paradox, cardiologist Dr. Steven Gundry puts more food restrictions on the table with his theory that lectin, a “common and highly toxic” plant-based protein (which includes gluten), when ingested causes “warfare in our bodies.”

You know all those “healthy” fruits, veggies and grains you’ve been instructed to heap on your plate? Well, according to Dr. Gundry, they’re not “just sitting there accepting their fate as part of your dinner.” These seemingly innocent produce products are taking revenge on us, defending themselves with the use of “toxic chemicals.”

Now, Dr. Gundry isn’t against all of nature’s bounty, saying that eating certain plants is “essential for good health,” and supplies most of the vitamins, minerals and antioxidants needed to stay well. He also provides tips on how to make many fruits and veggies less “toxic” (some of which I’ll share with you in a minute), as well as selling a supplement called “Lectin Shield,” designed to block dietary lectins.

The entire idea of being lectin leery, does, of course, have its detractors. The Washington Post called it the “latest pseudoscience diet fad.”

But as a writer and researcher who has focused mainly on the man-made hazards added to foods and beverages, I know that just because something is labeled as natural and untainted by human hands, it doesn’t automatically mean it’s good for you.

And his concept that these noxious proteins are “designed by nature to protect” plants does make sense. I’m sure you’ve had the experience of eating a totally “healthy,” carefully prepared meal only to feel really crappy afterwards. Could the reason be it contained high concentrations of lectin? Maybe.

Dr. Gundry even calls humans “plant predators” – in the same category as the deer who graze in my backyard or the caterpillars who consumed every bit of my garden parsley.

To be sure, there’s a lot more to The Plant Paradox than simply crossing certain high-lectin foods off your shopping list. But if you want to give his basic theory a try, here are some tips from his book to lower lectin levels in your food:

For Thanksgiving, these lectin restrictions would mean nixing the pumpkin pie, mashed potatoes, your treasured family recipes for rolls, corn muffins, the green-bean casserole, and even wild rice.

Turkey and all other poultry, according to Dr. Gundry, must be pasture-raised, which is considerably different from just being “free-range.” Grass-fed beef, bison, boar, elk and venison, can also make the grade for your feast, along with plenty of wild-caught seafood and shellfish.

If it sounds like there’s not much left to serve on the side, there’s actually quite a bit, including lots of lettuces, turnips, sea vegetables, parsnips, millet and sweet potatoes – the only potato that makes his “yes please” list.

Actually, I could see this low-lectin feast idea going viral, perhaps with Martha Stewart coming out with a recipe guide on how to prepare some of the more obscure “approved” foods – such as nopales cactus, taro root, sorghum, grouse and pheasant.

And that sounds a whole lot better than some other Thanksgiving ideas from Martha’s collection, most especially the roast capon (with fig-and-pancetta stuffing, no less) – which, put more bluntly, is a castrated rooster!

Of course there’s still a big Thanksgiving dilemma left to solve. And that’s to try and keep the dinner table conversation equally easy to digest!

By Linda bonvie No sooner did a major sunscreen recall hit the news cycle than multiple experts chimed in saying that benzene (the cancer-causing chemical contaminant detected) is produced in many everyday activities – even something as benign as burning a candle. Canadian chemistry professor Joe Schwarcz, for instance, claimed that a “worst-case scenario” would only result in the same…

A Good Night’s Sleep and its Impact on Your Health Many people with busy schedules sacrifice sleep to get more done in their day. Sleep and health, however, go hand in hand. When you’re getting enough sleep, your productivity and sense of well-being improve. Sleep and Health Ever pulled an all-nighter and felt out of it the next day? The…

More evidence that the FDA is working with Sen. Durbin to eliminate your supplements access. Action Alert! The dominoes continue to line up for Senator Dick Durbin (D-IL) and his plan to restrict your supplement access. Last week, the FDA issued a policy designed to get companies to comply with its troublesome “new supplement” guidance that threatens over 41,000 supplements….

Citizens for Health regrets the loss of a dear friend and champion of the health freedom movement, Jim Duke. A renaissance man in the truest sense of the word, and as frequent collaborator Steven Foster notes, “His impact and inspiration for the last three generations of all aspects of the herbal community cannot be overstated.” He worked for the USDA’s…

0
28 Dec 2017
First Part of Battle Won in Illinois; With the Help of All of our Illinois Supporters, We Can Achieve Victory!