Cosponsoring an energetic Transpartisan gathering at American University’s Katzen Arts Center with Updraft America the Alliance showcased its 43 and growing member groups, brought its message of cooperative politics to a set of media players and presented its vision in collaboration with a major American University.

The University describes the Updraft America Exhibition as “Washington, DC, sculptor (and former aide to Senate Democratic Majority leader Thomas Daschle) Suzanne Brennan Firstenberg (manifestation) of Americans’ frustration with our gridlocked partisan politics by taking an entire year of the official proceedings of the United States Congress, as documented in the Congressional Record, and folding each page into a paper airplane.

“From this mass of over 10,000 airplanes, striped red or blue to connote the political divide, the uppermost planes will rise into the air, as if taking flight, and as they do, their hues will combine to become purple – the color of hope that we may bridge the political divide.” www.UpdraftAmerica.org

The Congressional Management Foundation “While the process may be slow, when people provide Congress with helpful input, Congress makes thoughtful, informed and deliberative decisions that represent an investment in the nation’s future.” http://congressfoundation.org/news/blog/1183-constitution-day

The Bridge Alliance’s entry to Washington reminds us that much more goes on each day than our daily press skips. A lot of this unreported news is hopeful.

See picture below.
The Bridge Alliance 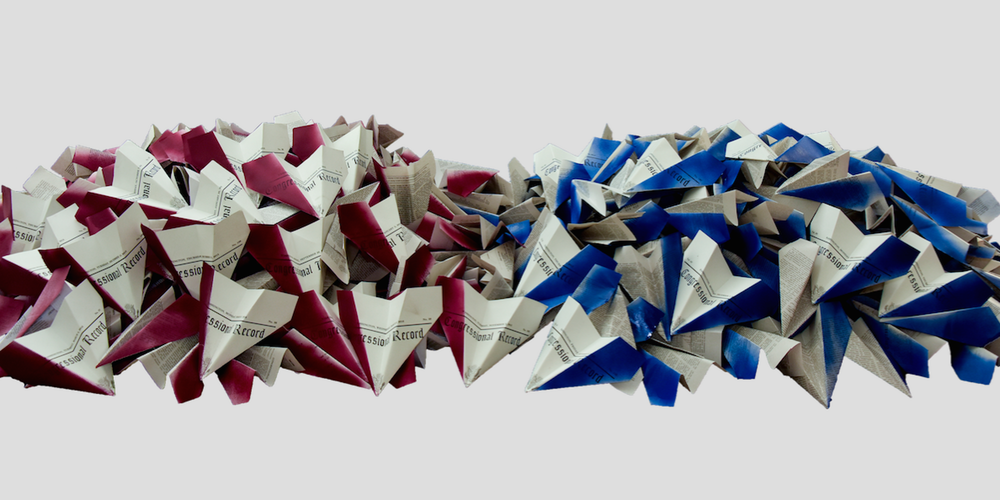 October 18, 2017 New Jersey – Halloween is coming. And the scariest stuff is as close as your fridge or pantry. It’s that time of year again when, unless you live in an isolated cabin in the woods (or possibly more so if you do), stocking up on “treats” is practically obligatory. Now, maybe you’re not in the habit of…

1
15 Mar 2021
Read Your Labels: Often Confused with Sugar, this Ingredient Wins the Distinction of “Worst of the Worst” In Our “Read Your Labels” Campaign