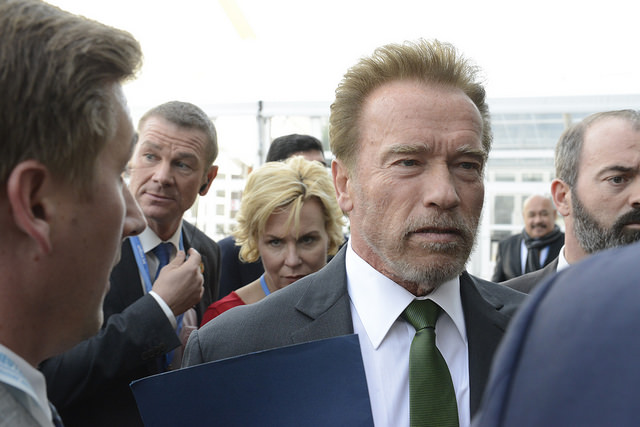 According to the Weekly Standard, Nov 24, 2008, the 2008 initiative received support from ‘A range of good government types from across the political spectrum [that] joined the Yes on 11 campaign. These included groups as diverse as the AARP, the League of Women Voters and the Chamber of Commerce.’ It also included the support of then-Governor Schwarzenegger and former Democratic governor Gray Davis. The Democratic Party and Congressional leaders opposed the initiative and the Republican Party failed to support it. Find a list of supporters and opponents here. Find details of the current California redistricting system here. An initiative in 2010 expanded the Commission’s work to include mapping California’s United States Congressional Districts.

In 2012, 71% of California voters supported the Commission-created California Senate district maps when opponents sought to reject them by referendum. In June 2015, the United States Supreme Court upheld an Arizona initiative and ruled that independent redistricting commissions were permitted under the U.S. Constitution. Story here. In addition to California and Arizona, five other states, Washington, Idaho, Montana, Hawaii and New Jersey, have forms of independent districting commissions.

The Schwarzenegger Internet campaign on behalf of ending gerrymandering seeks to spread initiatives like the independent redistricting commission in California. The former Governor, appearing with representatives of Common Cause and The League of Women Voters, laid out his analysis at a public forum at the USC Schwarzenegger Institute for State and Global Policy, housed at the Price School of Public Policy at the University of Southern California, on Jan. 31, 2017, in a discussion on national political reform and redistricting.

(Photo of Arnold Schwarzenegger at the 2015 Paris Climate Change Conference by Unclimatechange and licensed CC BY 2.0.)

Truth In Labeling: “What’s In A Name? Most Likely, An Attempt To Create A Phony Product Image”

September 16, 2012 California’s Prop 37, the California Right to Know Genetically Engineered Food Act, will require the labeling of genetically modified (GM) and genetically engineered (GE) foods. The list of those organizations, newspapers and pundits calling for support of Prop 37 continues to grow. The latest voice to join the chorus is Mark Bittman, blogger for the New York Times….

UPDATE: Watch Senator Blumenthal’s press conference on the dangers of 5G: View it here. As the Senator notes, despite the FCC’s assurances that 5G is “safe,” “We need evidence.” And classified evidence is NOT enough. CFH and NISLAPP believe the available scientific evidence: The impact will be harmful. “We do not know it is safe” is very different than “It…

Dear Citizen for Health, Below is an introduction to The Transpartisan Review project. My co-author, Lawry Chickering, and I are developing the Review to expand the themes in our 2008 book Voice of the People: The Transpartisan Imperative in American Life. I think it is of special importance and relevance to Citizens for Health because health is one of the largest arenas where people from…