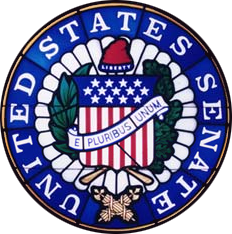 On March 7th one hundred US Senators, the Senate’s entire membership, asked the leading law enforcement officials of the Trump administration for help in ending “the deeply troubling series of anonymous bomb threats made against … buildings affiliated with Jewish organizations or institutions across the country.”

The Senators’ letter to Homeland Security Secretary John Kelly, Attorney General Jeff Sessions, and FBI Director James Comey said, “In addition to reports of incidents at JCCs and Jewish Day Schools, there have been incidents at cemeteries in both St. Louis and Philadelphia involving the desecration of Jewish headstones. This is completely unacceptable and un-American.”

Our friends who are proprietors of one of the desecrated cemeteries tell us that in the aftermath of the attack, which damaged or destroyed several hundred headstones, they have received an outpouring of encouragement and support, including financial support, from around the world.

Jewish, Christian, Muslim, Buddhist, humanist and other spiritual supporters and others worldwide continue to offer condolences, solidarity and help. In addition, local police and the FBI engaged in an immediate and vigorous investigation, and helped to restore the damaged areas.

The outpouring of resistance to anti-Semitism from across the country, exemplified by the unanimous disapproval of anti-Semitism by the United States Senate, and around the world joins President Trump’s February 21st statement that “The anti-Semitic threats targeting our Jewish community and community centers are horrible and are painful and a very sad reminder of the work that still must be done to root out hate and prejudice and evil.”

We see this nearly universal condemnation of anti-Semitism as a profound expression of the transpartisan impulse that animates our nation and its people.

As a work of the U.S. federal government, the above image is in the public domain