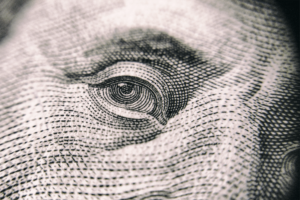 Now Tax Reform arrives on the Congressional agenda. Congress sees the problem as not enough money to pay for all the projects, programs and material that everyone wants. The budget remains unbalanced. Lawmakers feel pressured by constituents, who they feel want all kinds of services but balk at paying taxes for them.

The last time federal income fell unacceptably short, near the end of the 19th century, Congress embraced the income tax, which the US finally adopted with a 1913 Constitutional amendment. Since tariffs, then the government’s primary financing source, fell short, Congress found a new money supply—the income tax.

Today individuals and groups from a variety of political viewpoints suggest a new source of government money for the 21st century: The Automated Payment Transaction (APT) Tax.

“Capitalizing on financial data processing technology,” according to the APT website, “we can create a tax system for the 21st century that is simple to understand and easy to administer. The concept for this transaction tax was developed by the distinguished University of Wisconsin Professor of Economics Edgar L. Feige.”

The website for the book, “The Economist’s Tale,” which presents the red, blue and green spheres shown below, says, “We tax the $16 trillion in income we earn, the small blue sphere in the diagram.”

“We don’t tax the whopping $5,000 trillion in payments that occur each year, the large green sphere. Our government’s budget is $4 trillion, the tiny red sphere.”

“If we taxed payments at the miniscule rate of 1/10th of 1% we’d have a trillion dollar surplus.”

“The author of this plan estimates that this system could save $500 BILLION ANNUALLY (yes you read that right) for the government and citizens by completely replacing the enforcement and collection of taxes.’” Read Daily Kos article here.

“According to the computations of the proponents, the rate would be 0.35%.”

We present this concept of a new source of governmental income as an important idea that Congress, other policy makers, individuals in the Tax Reform debate, and citizens at large might find useful in their Tax Reform efforts.

We make a key transpartisan point when we say that our conventional left-right debate often overlooks possibilities that might be useful and fall outside current ideologies.

We believe the APT deserves to be part of the deliberations on Tax Reform currently underway in Congress.

(Image of Ben Franklin keeping vigil over the certainty of taxes from his post on the $100 bill from pexels.com.)

3
21 Aug 2010
An Open Letter to Consumer Reports: 10 Misinformation Hazards in Your “10 Surprising Dangers of Vitamins and Supplements” Article

You probably already know that Citizens for Health is collaborating with Americans for Homeopathy Choice in an effort to preserve access to homeopathy for all. And you likely have been hearing about new proposed rules for homeopathy put out by the FDA. We were glad that the previous conceptually flawed and poorly worded rules (called “guidance” by the FDA) were…

0
16 Dec 2019
First Part of Battle Won in Illinois; With the Help of All of our Illinois Supporters, We Can Achieve Victory!