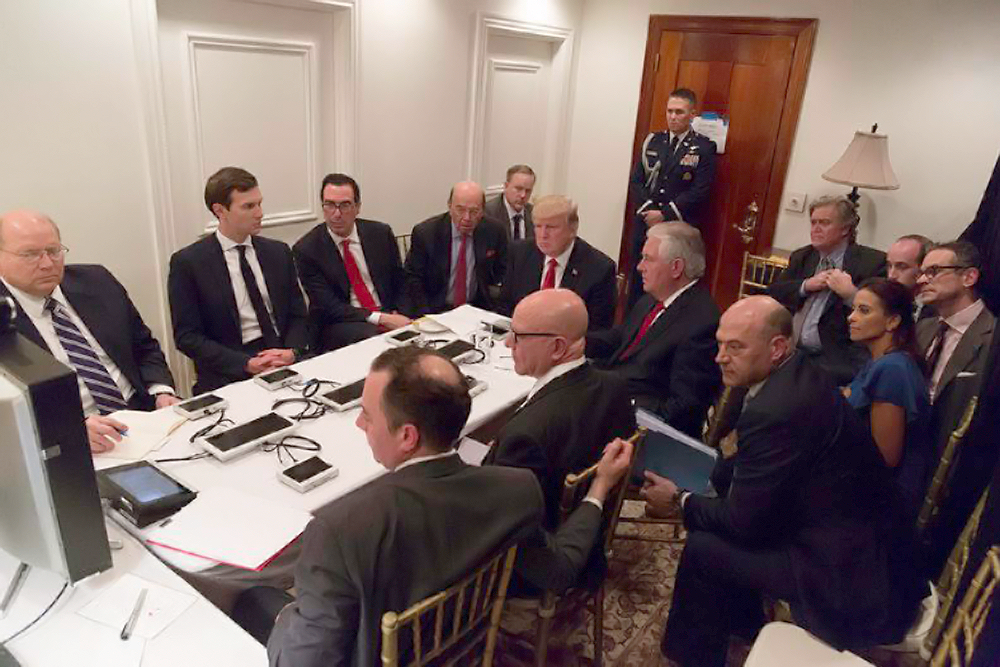 Syria and the Importance of Trump’s Subjective Core: Dangerous Possibilities

Seen as an effect at least as much as a cause—an expression of, rather than a rebellion against, the American essence—the Trump election and Presidency open an opportunity for profound and lasting change in our politics. We embrace Thomas Jefferson’s words: “We might as well require a man to wear still the coat which fitted him when a boy as civilized society to remain ever under the regimen of their barbarous ancestors.” Americans today seem to us busy weaving a new coat.

While our politics appears massively contentious, virtually all sides agree that it is seriously and dangerously dysfunctional—a significant threat and a powerful opportunity. As Mr. Trump is fond of saying, he is President and we are not—for better or worse. The American bombing of Syria reminds us all, Trump resisters, embracers and ambivalents, that we are all agents when America acts. It also clarified important aspects of Mr. Trump’s nature, his presidency, and the American nation.

The central point we see in the Trump campaign and Presidency so far is the essential and powerful role the subjective—feelings, hunches, intuitions—plays as an animating influence on Trump. He acts from the gut. Much of the time, so do most of us.

Trump’s emoting grates on the political class and its followers especially when put into tweets. They argue facts against feelings, and Trump looks to them like an obnoxious buffoon, a loser. However, facts rarely answer, let alone defeat, feelings.

More important than Trump’s popularity or unpopularity is the fact that ninety million eligible voters failed to vote for either him or Clinton. Neither got more than 30 percent of the votes of eligible voters—a powerful expression of political dysfunction. These numbers shape our political options even as the public debate tends to ignore them.

President Trump’s response to the gassing of Syrian citizens, including children, was an expression of strong subjective empathy for the bombing victims. If we as a nation learn to harness this empathetic, expressive instinct, it could lead us—and the President—to powerful insights about why and how mechanistic, objectified, “scientific,” emotionless approaches to social issues (addiction, poverty, passive behavior of traditional people in developing countries) alone have so little effect.

With that insight, the President could promote profound change in the entire policy debate about what we call the disadvantaged and “victims.” We and he could learn key distinctions between gas warfare victims and “victims” of poor education, job loss, and poverty. Gassed victims require protection. Social and economic victims require empowerment. Empowerment in a democracy means not only a meaningful, earned share of social, economic, and political power, but also the confidence and positive outlook that come with feeling respected, valued, and in control of one’s life.

The task begins by expanding the subjective dimension of our lives from visceral self-expression to empathy toward others, recognizing them as people, just as we do the victims of chemical warfare. This expansion will take work by both the President and us. We need to cultivate empathy with information from sources beyond photojournalism, including dialogue with critics, reading, and learning from people who know these issues and see where solutions are genuinely possible.

We could begin by reading The American Soul: Rediscovering the Wisdom of the Founders, by San Francisco State University best-selling philosopher Jacob Needleman. This 2002 book focuses on the objective and subjective at the American core. The Kirkus Review said of this book, “In [George] Washington, Needleman sees a furious balance between passion and judgment, ambition, and self-sacrifice; in Jefferson, the multiple senses of ‘human nature and the role of community’; in Lincoln, the individual’s obligation to society.”

Recognizing the subjective dimension of public policymaking helps us distinguish between objective acts, such as charitable giving, and subjective efforts such as empowering people and communities through building relationships with and within them—for example, by working with civil social organizations (CSOs) to initiate conversations that overcome their exclusion from community political life. As for the President, he could symbolically serve the subjective and promote empowerment by visiting and celebrating self-governance experiments featuring people who are treated as assets rather than liabilities in, for example, education, housing, and community policing.

Transpartisan projects are underway across the nation. Through the Transpartisan Review and Notes we strive to call our readers’ attention to them. We see the Trump presidency as an unprecedented opportunity to reshape and rebuild the nation’s democratic political ethos. If we can begin focusing on people as architects of their lives, we might win support from all sides in our very partisan politics, not least of all from the very large number of us who have opted out of it.

0
28 Sep 2016
Online Expert Series Reveals: How to Heal from GMOs and Roundup 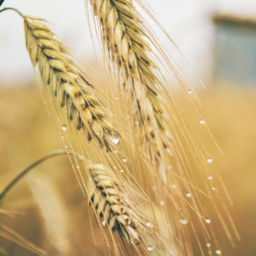 0
26 Jul 2021
First Part of Battle Won in Illinois; With the Help of All of our Illinois Supporters, We Can Achieve Victory!

The year 2016 will be remembered as when our two political parties collapsed inward, dragged down by their worst instincts. This meltdown will create the opportunity for renewal in each party.