President Trump on the Abraham Path

The Abraham Path is a cultural route celebrating a journey made 4,000 years ago by Abraham, the common patriarch of the three Abrahamic religions—Judaism, Christianity, and Islam.

USA Today says, “President Trump has billed his [May 2017] visit to Saudi Arabia, Israel and the Vatican as a sort of triple pilgrimage to places deeply meaningful to adherents of Christianity, Judaism and Islam.” 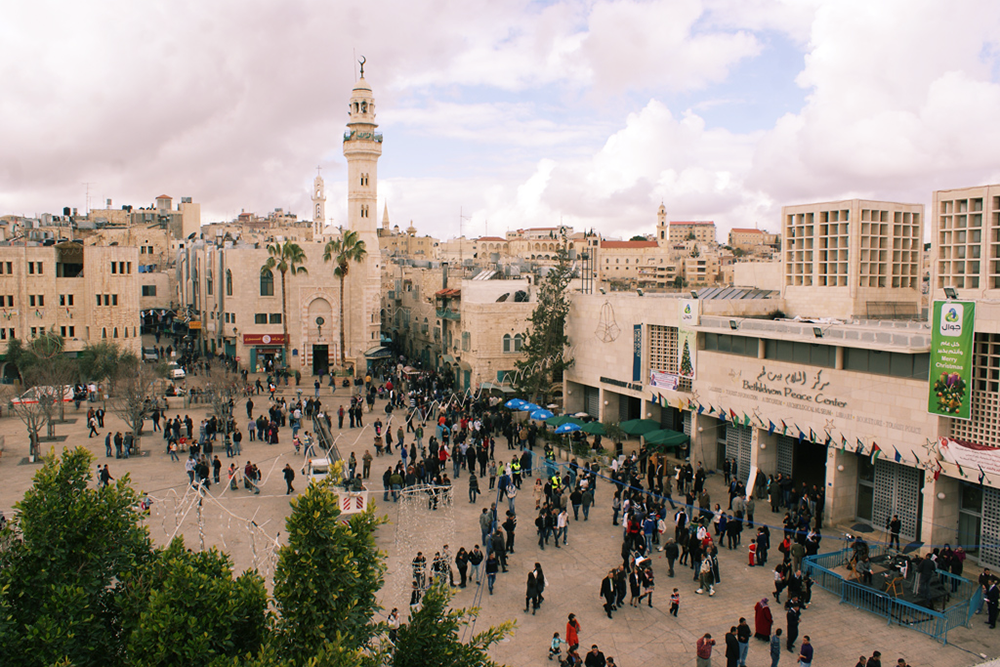 That paper quotes Trump’s national security adviser, H.R. McMaster, saying “the trip reflects the president’s belief ‘that we all have to be united and we have to be joined together with an agenda of tolerance and moderation.’ ”

The Abraham Path Initiative is an American nonprofit organization recreating Abraham’s trip for interested individuals. If you have the time and stamina, walking across the West Bank over several days is an experience never to be forgotten. See the online guidebook to the path here.

The Initiative, co-founded by William Ury, mediator and co-author of Getting to Yes, says “known as ‘the Friend,’ Abraham is still remembered for his legendary welcome and kindness toward strangers. This ancient journey is a cultural thread that binds humanity together, a tangible reminder that no matter what divides us, what unites us is far, far greater.”

In addition to its Middle East walks, the project partners with interreligious organizations leading local Abraham Walks, such as those in several places around the United States, including Cincinnati, Dallas, and Austin, Texas. Organizers take participants on mini-pilgrimages that link local churches, mosques, and synagogues and include interfaith liturgies and speakers. Contact the project to help create a local walk of your own.

President Trump, in his initial speech in Riyadh, Saudi Arabia on May 21st, said, “For many centuries the Middle East has been home to Christians, Muslims and Jews living side-by-side. We must practice tolerance and respect for each other once again—and make this region a place where every man and woman, no matter their faith or ethnicity, can enjoy a life of dignity and hope.

“In that spirit, after concluding my visit in Riyadh, I will travel to Jerusalem and Bethlehem, and then to the Vatican – visiting many of the holiest places in the three Abrahamic Faiths. If these three faiths can join together in cooperation, then peace in this world is possible – including peace between Israelis and Palestinians.”

President Trump’s nine-day journey that began in the Middle East consciously includes the spiritual essence of Abraham’s embrace of humanity. A Presidential trip successful in advancing this spirit will advance the best hopes for humanity.

(Photo of the Omar Mosque and Bethlehem Peace Center, two of the many locations on the Abraham Path. Learn more at www.abrahampath.org. )

Courtesy of Linda Bonvie FoodIdentityTheft Blogger and CFH Contributor April 23, 2013               What do you do if you’re the great and powerful American Dairy Industry and you want to make a major change in U.S. Food and Drug Administration food-labeling regulations, only to have your proposal met with an uproar from consumers? Well,…

The COVID-19 health crisis is evolving daily, and providers of important products and services are scrabbling to keep up. Until supplies catch up with demand, what else can we do? As much as possible, you should stay home and avoid other people unless required to go out for work or important services or supplies. If you don’t live alone, everyone in…

FOR IMMEDIATE RELEASE Orthomolecular Medicine News Service, May 28, 2020 Smothering the Fire: How Vitamin C Can Stop Viral Infections Quickly by Tom Taylor (OMNS May 28, 2020) “Smothering the fire”? Do you remember the old forest fire fighting movies? Someone in a fire tower spots smoke and a plane load of fire jumpers go out and puts the fire…

1
28 May 2020
An Open Letter to Consumer Reports: 10 Misinformation Hazards in Your “10 Surprising Dangers of Vitamins and Supplements” Article