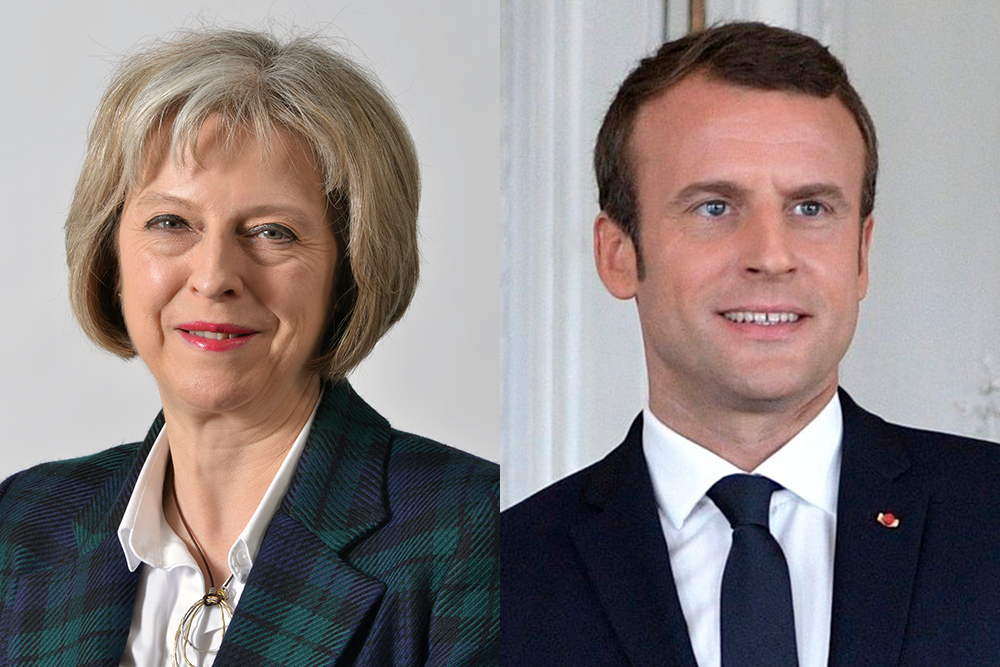 “In office, but not in power,” headlined The Telegraph of London on Sunday, June 11. The headline described the situation of British Prime Minister Teresa May. May called the June 8 election to bolster the Conservative party’s Parliamentary majority. Instead the Conservatives lost 13 seats and their majority.

Across the channel in Paris the next day, Reuters reported the French assembly vote saying, “The vote delivered a further crushing blow to the Socialist and conservative parties that had alternated in power for decades until Macron’s election in May blew apart the left-right divide.”

New French President Emmanuel Macron, says Reuters, “professes to be of neither right nor left.” Macron’s year-old party now takes up the task of integrating its supporters who come from both left and right. Meanwhile, back in London, The Telegraph reports that “Tory and Labour MPs plot secret deal to ensure soft Brexit.”

As the left/right division loses its hold on Western democracies, transpartisan possibilities emerge. The partisan divide endured from 1790’s Constituent Assembly seating during the French Revolution (king’s critics left, supporters right) to now. The Economist profile of Macron gives a taste of the emerging Transpartisan effect.

Today’s British and French governing parties, like Trump, got less than 30% of the electorate’s votes. French Historian Jean Garrigues summarized the situation: “There will be rather weak political opposition within the Parliament, but we are going to face it on the street, on the social networks, outside of institutions…And it is always dangerous when political opposition hardens outside of institutions.”

We will publish Vol. I, Issue 2, of the Transpartisan Review on July 4, 2017. It will contain ideas—replacing the income tax for example—that we believe usefully expand the national discourse.  New ideas broaden thinking. Relying solely on old ideas feeds chaos.

(Photos of Theresa May & Emmanual Macron taken from the Wikimedia Commons, CC 2.0/4.0.)

Courtesy of the American Institute of Homeopathy The U.S. Food and Drug Administration (FDA) recently announced a new guidance that could lead to the end of homeopathy in America in less than three months. The consequential action taken by the FDA involves the elimination of the administrative framework for homeopathy that the agency used for 30 years, one that allowed…

0
19 Sep 2018
Read Your Labels: Often Confused with Sugar, this Ingredient Wins the Distinction of “Worst of the Worst” In Our “Read Your Labels” Campaign

1
06 May 2020
The Bonvie Blog: The Labeling Trick Only the FDA Could Pull Off

The Labeling Trick Only the FDA Could Pull Off By LINDA and BILL BONVIE Ready or not, Halloween is coming around again. For many, it’s a fun holiday that opens the magic portal to the holiday season. But for others, not so much! In the UK a recent poll found that 45 percent of Brits consider trick-or-treating an “unwelcome American…

Seventy percent of voters say they think the country is going in the wrong direction. The numbers of voters registering as independents, declining to associate with either party, continues to increase and is now 42%, more than either Democrats or Republicans.