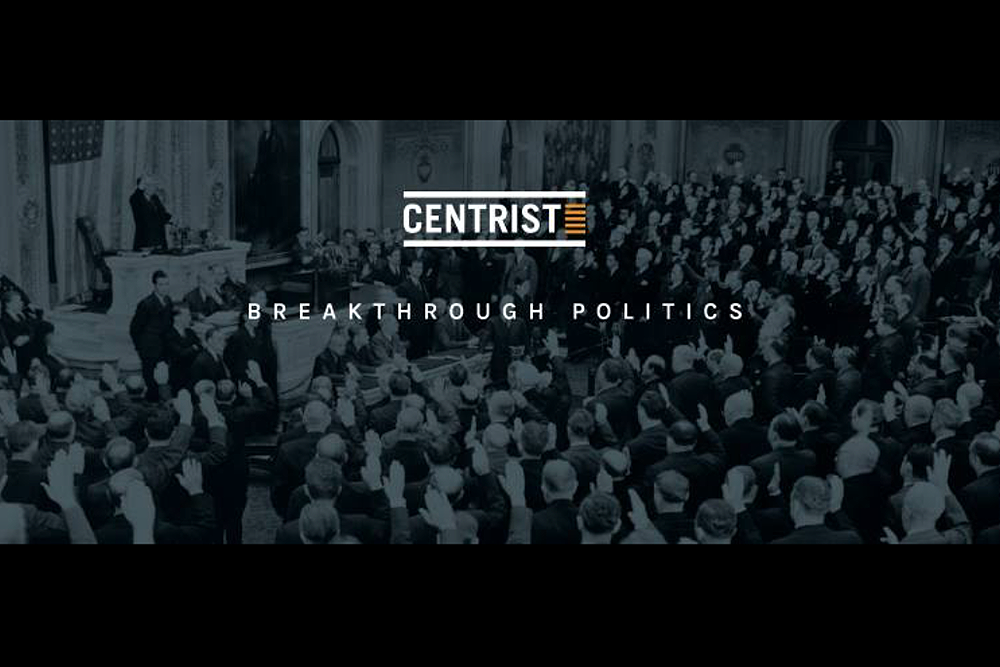 Alaska Gov. Bill Walker, an Independent and former Republican, and Byron Mallott, his Democratic rival, debated each other so many times that they got to be allies. “We discovered that we liked our state a whole lot more than we liked politics,” Walker told a Washington, D.C. press conference on July 12. “So we did something that you don’t typically do in politics. We combined our campaigns.” They won. Walker is Governor, and Mallot is Lieutenant Governor.

The Centrist Project, which seeks to bridge the growing partisan divide in government by strategically electing Independent, centrist candidates to office, hosted the conference, which we attended. At the conference they presented four Independents, Governor Walker, state Sen. David Johnson (IA), and state Reps. Owen Casás (ME) and Jason Grenn (AK) for #IndependentsDay in the nation’s capital. They got good press:

Roll Call: On building the infrastructure necessary to compete with the two parties: “The biggest problem is that voters only invest time and resources in Independents if they believe the candidates can win,” said Project Executive Director Nick Troianao. “The Centrist Project aims to overcome these challenges by providing support to Independents,” he added.

Inside Sources: On the takeover by independents in Alaskan politics: “As a result of a compromise ironed out by Grenn and his colleagues, moderate Republicans, Independents, and some Democrats have come together to form a centrist coalition to lead the lower house that is facing down the more conservative state Senate in the state’s high-stakes fiscal negotiations.”

The Hill: Owen Casás and Jason Grenn, two of the Independent legislators at the press conference, wrote: “We live on opposite sides of the country—one of us in Maine, the other in Alaska—but we each serve as state legislators in the center of our increasingly polarized politics. We’re both Independents. We’re both millennials with young families. And like many across the country, we’re frustrated with both major parties and the state of our dysfunctional politics.”

Real Clear Politics: On the Centrist Project’s “fulcrum” strategy: “Imagine a U.S. Senate with five or six Independent members, which would deny both major political parties an outright majority and give said coalition a large amount of power.”

Imagine the same in each state legislative assembly across the nation. Or even in the U.S. House of Representatives. Note this May 7, 2017, news about the Problem Solvers Caucus, an outgrowth, according to the Washington Post, of the No Labels organization, whose motto is: “Stop fighting. Start fixing.”

In a May 3, 2017 press release, Problem Solvers Caucus Co-Chairs Republican Tom Reed and Democrat Josh Gottheimer “announced a first win… get[ting] the FY17 funding bill passed… The Caucus’ support of the bill was the result of the 40 Members of Congress, evenly split between Republicans and Democrats, working together.”

The Centrist Project’s ultimate goal is to elect 3-5 Centrist candidates to the U.S. Senate, where they can deny both parties an outright majority and, as a crucial swing coalition, use their political leverage to force both sides back to the center and forge common ground policy solutions.  Their initial effort is to begin with state legislatures, with an intense 2018 focus on Colorado.

While they call their project “centrist,” we suggest that, to the extent they integrate rather than balance the party differences on any given issue, they act more as transpartisans than bipartisans. They embrace bipartisan and transcend it to a new policy position different from that of either party. All these efforts underscore a political process that is expanding to embrace transpartisan initiatives that we report on. They are a hopeful sign for a maturing political process.

California’s Vote on Prop 37 Will Send a Message to the FDA: Can We Trust Our Food System?

From Natural Resources Defense Council Staff Blogger, Peter Lehner   Consumers have a right to know what’s in their food. And in much of the world, they do, because of government labeling laws. For example, China, Russia, and India are among the 50-odd nations that require labeling of genetically modified foods, or GMOs. Here in America, however, we can’t get…

Citizens Chairman Jim Turner will be a speaker at The American Rally for Personal Rights on May 26, 2010 taking place at Grant Park in downtown Chicago. Please show your support and attend if you’re in the area. Here’s a video put together by the event coordinator: Check out www.americanpersonalrights.org for more info.