Vaccinations and the Current Measles Outbreak

According to the Centers for Disease Control, 140 people from 7 states contracted measles between late December 2014 and Feb 27 2015. The outbreak is believed to have been caused by a traveler who became infected overseas with measles, then visited an amusement park in California, exposing dozens of others.

While no deaths have been attributed to the outbreak, media is fueling fear about an epidemic. 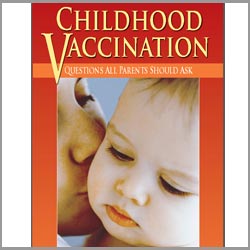 Our chiropractor friend, Dr. Tedd Koren, DC — author of Childhood Vaccination — recently wrote an article discussing what is behind the current measles outbreak, how dangerous the disease is, and whether vaccinations do more harm than good.

In support of choice and the interest of providing the public with important information often overlooked by mainstream media, we think it is important to bring this article to your attention. Click here to read the article and become better informed about the growing concern over measles and vaccines.