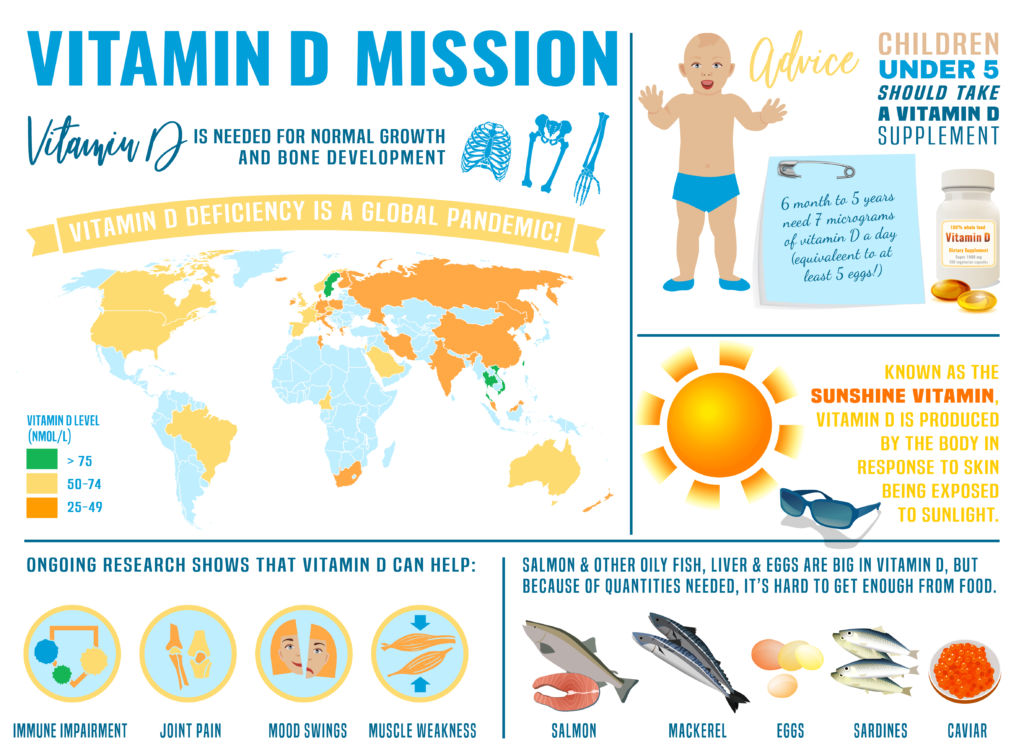 You don’t need to look very hard to find a multitude of studies touting the importance of adequate vitamin D levels. Now, research out of Trinity College Dublin appears to have found a connection between vitamin D deficiencies and high death rates from COVID-19.

Recently published in the Irish Medical Journal, the study elicited almost immediate indifference from the mainstream medical community. An epidemiologist at Vanderbilt University called the research an “interesting hypothesis.” Another, Dr. Kavita Patel, a media medical contributor and fellow at the Brookings Institution, dissed the study even further, saying, “It just doesn’t make sense to me clinically.”

Interestingly, however, Dr. Patel also told a reporter that when the pandemic began, “myself and many doctors I know started to give our families and ourselves (vitamin D) supplementation,” as it … “wouldn’t be harmful.”

But more than not being “harmful,” vitamin D has a long list of vital benefits for the body, such as boosting immunity, protecting against respiratory infections, preserving bone strength and even mitigating symptoms of SAD (seasonal affective disorder). Perhaps even longer, however, is the list of diseases that a D deficiency is associated with, making the key question one about who is most likely to be lacking in healthy levels of this “sunshine vitamin.”

The answer, according to a study done in 2011, is a lot more people than you might imagine. Practically 42 percent of Caucasian American adults are deficient. For Hispanics the numbers go up to almost 70 percent, and for African Americans it’s a whopping 82 percent. (Both ethnic groups, it should be noted, have a much higher likelihood of developing COVID-19.) Worldwide, those lacking in proper D levels are said to hit the billion-person mark.

The Dublin study found, as the researchers commented, “counter-intuitively,” that people from sunnier locales, such as Spain and Northern Italy, had high rates of vitamin D deficiency along with the “highest infection and death rates in Europe” from COVID-19.

In places such as Norway, Finland and Sweden, where there is less exposure to sunlight (the body naturally makes D when unprotected skin is exposed to the sun), citizens had high D levels and lower rates of infection and death. “The correlation between low vitamin D levels and death from COVID-19 is statistically significant,” the researchers said in a press release. (That disparity was somewhat explained by the fact that Nordic countries appear to embrace supplementation with vitamin D.)

The protection vitamin D affords, said the Dublin researchers, is in “regulation and suppression of the inflammatory cytokine response,” which puts patients into a downward spiral of “respiratory distress syndrome.”

Released at almost the same time as the other study, this one from Northwestern University in Evanston, Ill., found similar results (including how D helps prevent a “hyperinflammatory” cytokine storm) in a statistical analysis of medical data that covered hospitals and clinics in China, France, Germany, Italy, Iran, South Korea, Spain, Switzerland, the UK and U.S.

Northwestern also issued a press release, highlighting its findings that patients with a “severe deficiency” in vitamin D are twice as likely to “experience severe complications, including death.”

Although the results of these studies may be similar, the conclusions of the researchers were oddly opposite.

While those in Dublin called for a “mandatory” vitamin D supplementation policy to be adopted in Ireland and the UK along with the rest of Europe, the Northwestern researchers cautiously tip-toed around recommending D supplements (even while acknowledging that “perhaps” it’s a “key” for vulnerable populations), saying that “we don’t need to push vitamin D on everybody.”

But considering how D-deficient so many people are, why not?

Likely adding to the confusion are the big differences of opinion in what is considered an optimal level. For example, a study done several years ago by researchers at Creighton University in Omaha found that when blood levels of D are at least 60 ng/ml or higher (the hormone is measured in what’s called nanograms per milliliter), a woman’s risk of breast cancer was found to be a giant 80 percent lower than those who tested at levels that were 20 ng/ml or below.

Other recommendations include the Endocrine Society, which lists a “sufficiency level” of 30 ng/ml. Many physicians, however, go much higher, citing ideal blood levels between 50 and 70 ng/ml.

Ways to make sure you’re getting your daily dose of D, aren’t all that difficult. Supplements are cheap and easily available, many foods such as wild-caught fatty fish, egg yolks and mushrooms contribute, and then there’s the “freebie D” offered up on sunny days during the summer months.

Short exposures of skin to UVB rays without coverups or sunscreen can significantly up D levels. How much your body will make depends on your skin color, age, the time of year and time of day.

Estimates of just how much include a study that found a person with fair skin in Boston would need only 4 minutes of outdoor sunshine skin exposure at noon during the summer to achieve 1000 IU of D. Generally speaking, experts who are on board with “safe sunning” recommend around 10 to 15 minutes of unprotected skin exposure during the summer hours between 10 a.m. and 3 p.m.

But considering the anomaly found by the Dublin researchers that those in sunny Spain and Northern Italy were generally lower in D, taking a summertime D supplement, especially during these frightening times, certainly isn’t a bad idea.

Just the (Vaxx) Facts Ma’am! Get the Truth About Vaccine Choice in an All-Day Internet Radio Marathon

Greetings Health Freedom Champions! Our friends and allies at the Natural Solutions Foundation have asked us to spread the word about a day-long event dedicated to the truth about vaccine choice and to giving you the tools and information you need to make informed decisions about maintaining the health and wellness of you and your family. On May 1, 2015…

More evidence that the FDA is working with Sen. Durbin to eliminate your supplements access. Action Alert! The dominoes continue to line up for Senator Dick Durbin (D-IL) and his plan to restrict your supplement access. Last week, the FDA issued a policy designed to get companies to comply with its troublesome “new supplement” guidance that threatens over 41,000 supplements….

A Good Night’s Sleep and its Impact on Your Health Many people with busy schedules sacrifice sleep to get more done in their day. Sleep and health, however, go hand in hand. When you’re getting enough sleep, your productivity and sense of well-being improve. Sleep and Health Ever pulled an all-nighter and felt out of it the next day? The…

Is Vitamin D the Panacea that has Eluded Big Pharma?  By LINDA BONVIE and BILL BONVIE “We don’t need to develop a new drug. We already have it.” That’s how the lead author of a new study of one of our most essential nutrients has summed up his team’s surprising new findings about what it can do for people suffering…