With the laser focus these days on getting a Covid-19 shot, including many stories of heroic efforts to achieve that goal (such as a 90-year-old great-grandmother who walked six miles through the snow to keep her appointment), not much is being said about the potential of being injured from the vaccine itself. And especially not mentioned is one of the most common vaccine-related injuries of all, a debilitating condition called SIRVA (shoulder injury related to vaccine administration).

Never heard of SIRVA? Most people haven’t. But for those who are suffering the results of a vaccination that missed its mark, they will likely never forget it. And for anyone attempting to get compensated for a SIRVA injury caused by a Covid-19 shot, good luck.

As described back in December (Compensation for Victims of Pandemic Vaccine Injuries Likely to Vanish into ‘Black Hole’ Federal Program), the CICP (Countermeasures Injury Compensation Program) is the only avenue for injury claims for all pandemic-related treatments. The CICP is basically the inefficient stepchild of the National Vaccine Injury Compensation Program (VICP), a special court established in 1986 that accepts claims and pays damages for injuries caused by certain shots, allowing vaccine manufacturers sweeping protection against legal action.

The CICP, which only comes into play during a declared “pandemic,” also protects pharma, along with those who distribute and dispense the vaccines from any liability, even if it’s found that they are guilty of gross negligence.

Now SIRVA, which was added to the VICP back in 2017 as a “table” injury (more on that in a minute), accounts for around 60 percent of the claims filed at the VICP, with thousands receiving compensation for shot-related shoulder injuries – which can be temporary or, in some cases, result in a permanent disability. But SIRVA is never even mentioned in the Countermeasures program.

My attempts to find out why SIRVA didn’t make it to the Countermeasures injury table didn’t turn up much in the way of an answer. The HRSA (Health Resources & Services Administration) press office sent me lots of official documents, but no real explanation as to why it is missing from the CICP.

But perhaps that’s because SIRVA wasn’t very popular with the feds to begin with.

As a parting gift from the Trump administration, SIRVA was scheduled to be taken off the existing VICP table in February, only halted due to President Biden’s freeze on all non-finalized Trump rules. Whether SIRVA remains on the VICP table or not is anyone’s guess.

But why is it so important to have SIRVA – an excruciating injury caused by injection of a vaccine in the wrong location (most often too high on the arm) – specifically listed on the “table?” 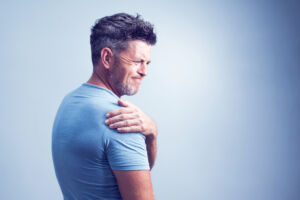 Being (or not being) a table injury is a big deal. As explained by Peter Meyers, a professor of law emeritus at George Washington University Law School and expert in federally sponsored injury compensation programs, to bring a case for a table injury you only need to prove “more likely than not” that you suffered the injury listed on the table – as long as the onset is within the time period specified. Medical records often suffice as the only evidence needed.

Should you try to bring a case for a non-table injury, however, it can be an uphill battle requiring experts to testify on your behalf, and even then, the chances of proving your claim successfully aren’t very good.

What is covered on the Countermeasures table are reactions and injuries such as “ventilator-associated pneumonia” and ventilator lung injuries, along with anaphylaxis and “deltoid bursitis” for vaccines. The term “deltoid bursitis” covers an isolated inflammation of the bursa, whereas SIRVA would encompass any injury (other than neurological) to the shoulder structures following a vaccination.

And even though SIRVA isn’t discussed much in connection with the risks of vaccinations where the public is concerned, it seems to be a hot topic among medical professionals.

The Institute for Safe Medication Practices (ISMP) recently published a detailed description of SIRVA for health practitioners “who may not normally administer vaccines” but are asked to help with Covid-19 shots, saying:

SIRVA is a shoulder injury triggered by the incorrect injection of a vaccine into the shoulder capsule (joint) rather than the deltoid muscle. It is caused by using an incorrect IM injection technique or improper landmarking of the IM injection site (the deltoid muscle) that results in the unintended injection of the vaccine (and/or trauma from the needle) into and around the underlying bursa of the shoulder. This results in an inflammatory process that causes injury to the musculoskeletal structures of the shoulder (e.g., tendons, ligaments, bursae).

The ISMP goes on to describe SIRVA symptoms that include “persistent shoulder pain, weakness, and limited range of motion” that usually develop within a few hours to a few days after receiving a vaccine and are not relieved by taking OTC medications such as aspirin.

Preventing SIRVA, according to the group, involves “proper landmarking of the deltoid muscle” best done with a fully exposed shoulder and “measuring two to three finger widths,” with “eyeballing the injection site” not acceptable.

SIRVA Sufferers Getting a Cold Shoulder

Now that millions of Covid-19 shots have been administered, those who unfortunately got a bad shoulder jab are asking questions, and are shocked to discover there is no compensation available to assist with lost wages or recovery.

Healthcare worker Sung Cho told a CBS News station in New York that trying to lift his arm after receiving the vaccine was “like a knife going through my shoulder.” Cho’s shot was administered by a pharmacy student, whom he calls poorly trained but “innocent.” Other newly vaccinated and injured patients tell of numbness, tingling hands and extremely limited mobility.

As more and more people finally get that Covid shot in the arm, additional SIRVA cases are certain to come to light, with many wondering where to turn for help.

And for those considered to be among the “vaccine hesitant” where this shot is concerned, know that Mr. Vaccine himself, Dr. Paul Offit, director of the Vaccine Education Center at the Children’s Hospital of Philadelphia, recently said in a CNN interview that “I think you should be skeptical of anything you put in your body, including vaccines.”

Offit also added this informative tidbit about those who have already recovered from a Covid-19 infection likely being three times the stated figure, up to around 70 or 75 million, and who “therefore frankly are immune. You can consider them (as) having been immunized.”

New Study Finds that Fructose Fuels Cancer Cells By LINDA and BILL BONVIE Canadian Sol Orwell may not be any relation to the late British author George Orwell, but some of the statements made on the website he co-founded seven years ago, Examine.com – an endeavor which he says is intended to rebut “outlandish claims” on topics like health, nutrition…

The good news is that there may well be a relatively simple way for many individuals now caught up in the ongoing nationwide opioid crisis to pull themselves out of it. And that’s no small thing, considering that that this man-made catastrophe has killed an estimated 20,000 Americans from overdoses in 2016 alone. The bad news is that the federal government is trying its best to make such apparent salvation illegal.

We should have the ability to sue for vaccine damage