You Did It!! Durbin’s Anti-Supplement Amendment Was Killed!!

Thousands of members of the natural health community called and wrote Senate offices between yesterday and today, calling on their Senators to oppose an anti-supplement amendment, Amendment No. 2127, from Senator Dick Durbin (D-IL) that would have ridden the coattails of the FDA Safety and Innovation Act (S. 3187), also known as the FDA User Fee bill (S.3187).

Durbin’s amendment that was defeated today would have created a new law that would have circumvented or ignored: the guidelines outlined even in the fatally flawed NDI Draft Guidance; the facility registration rules already in place under the Bioterrorism Act of 2001; and the over 35,000 product labels already on file with the FDA and the US National Library of Medicine.

The failed amendment would have been a product registration nightmare creating burdensome and unnecessary registration of all safe dietary supplements, moving supplement labeling submission requirements that much closer to drug-like regulations that we see in Canada and Europe today.

Tens of thousands of products would have had to be removed from store shelves in order to be made compliant with new, completely unwarranted 30-day post-market product and label registration requirements.

This legislation was defeated today via a motion to table the amendment by supplements champion Senator Tom Harkin (D-Iowa) and Senator Orrin Hatch (R-Utah).

Our thanks to both Senators and to all of you!!

Our victory today reminds us of how important our health freedoms are, and how extra-vigilant we need to be every day.

The price of freedom is eternal vigilance!

1
10 Dec 2020
In A Victory For Consumers, FDA Turns Thumbs Down On “Corn Sugar” Alias For HFCS

Thanks to Linda Bonvie, blogger for the Citizens for Health project Food Identity Theft, for the following post. For the past several months, we here at Food Identity Theft have urged our readers to submit their comments to the U.S. Food and Drug Administration on the Corn Refiners Association’s petition to allow the name “high fructose corn syrup” to be… 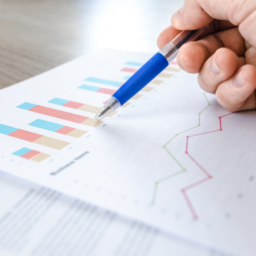 0
30 Apr 2020
Read Your Labels: “Glutamic Bombs”: Playing Tricks on Your Tongue and Havoc with Your Brain

September 16, 2012 California’s Prop 37, the California Right to Know Genetically Engineered Food Act, will require the labeling of genetically modified (GM) and genetically engineered (GE) foods. The list of those organizations, newspapers and pundits calling for support of Prop 37 continues to grow. The latest voice to join the chorus is Mark Bittman, blogger for the New York Times….

I wish there was a link to show the votes of all Senators. Thanks.

I don’t know what other bill you’re talking about but S. 3137 PASSED on May 24th

Hi, yes S. 3187 passed, but the anti-supplement AMENDMENT to it, Amendment Number 2127 was defeated!!
Many thanks.
James

Something Worth Knowing! The Voice of the People Gets Heard | Health Fit For Life
Reply

[…] to CitizensForHealth.com, “The failed amendment would have been a product registration nightmare creating burdensome and […]